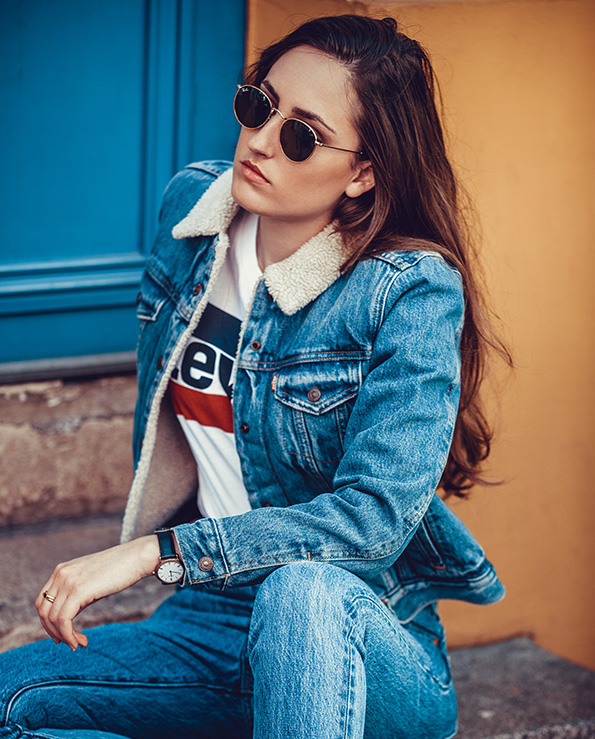 # 1
Hello Elena, what can you tell us about you?

Hello! As you already know my name is Elena and I was born in Bordeaux in 1990. I’ve always appreciated the artistic environment and I like to experiment its different forms since I’m young. I believe that you can see this influence in what I like, in my tastes. What I like with art is that it expresses itself under various forms, each one can appreciate it in a different way. To me it’s writing, I like writing on what inspires me. I also like everything that has a link with fashion. I have others influences too, which are less about art but more about art of living, like traveling or Epicureanism. Sometimes, I hear that I’m a woman of character, but I’m not as sure of this as the people who tell me it, I find this conceited to say that of oneself. That being said I traveled a lot, and I think that it allowed me to be more open-minded, on myself and on what surrounds me.

I give a lot of importance to the challenges that I set for myself in my life, it’s important to me for allowing myself to renew and not be bored. 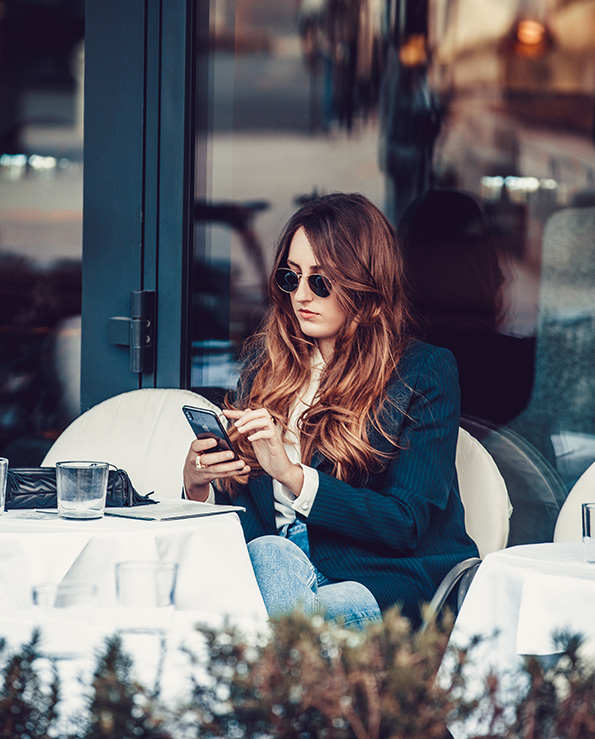 I like to involve in new adventures. To have new objectives in short. It was with Mr. Inwood that I could discover all that. When I met him he was already writing for the “blogs” of the hotels, he told me about it and I was liking the concept. All the more so as the hotels have a mind-set similar to mine, so I was wondering if I could try too. So when by luck a member of the group proposed to take me on on a trial basis, I didn’t hesitate to accept. He told me that he had appreciated my world, that it could fit with the image of the group. So I took part in the adventure.

# 3
On what aspects the Inwood Hotels brand is matching with you?

I think that this brand corresponds me pretty well because I’m a quite curious person, I like to discover new things. And writing for the hotels forces me to seek for inspiration, pushes me to look for subjects that interest me to talk about, all this manage my curiosity. Writing every week forces me to develop a style and a culture, I really like that. And because every hotel has a different identity, the fact of writing for each one doesn’t restrict me to one style or one subject, which is something that I appreciate. 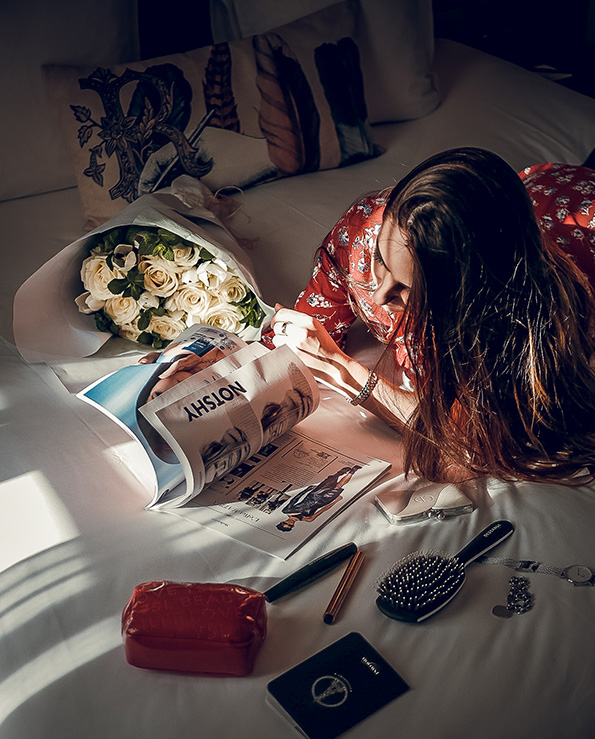 # 4
So concretely what do you do for Inwood Hotels?

Concretely I’m doing two things for the group. First and foremost I’m writing articles for the sites of the hotels. I alternate between the hotels depending on the weeks, you can find my articles in the “News” section on the site of each hotel. My writing topics vary, it can be on traveling, fashion, a place that I like… it really depends on my inspiration and my mood in the moment. It can also be on events that inspire me, like it was the case with the Ciné-Notes Festival in Bordeaux. But since that, I write for Le Burdigala I also try to open myself to new topics that matters to me. Bordeaux inspire me I guess. And the second thing that I do for the group, and also for me, is that I have an Instagram account @inwoodlovers where I regularly post photos for the hotels.

# 5
And what are your inspirations for your articles?

Oh it depends. Obviously the themes and the substance stay more or less the same, which are about Art of Living (as my travels or some others activities) and art. But globally, the form and the subject change each time. I also speak a lot of me, meaning that I’m using my past and my experiences to illustrate what I’m saying. 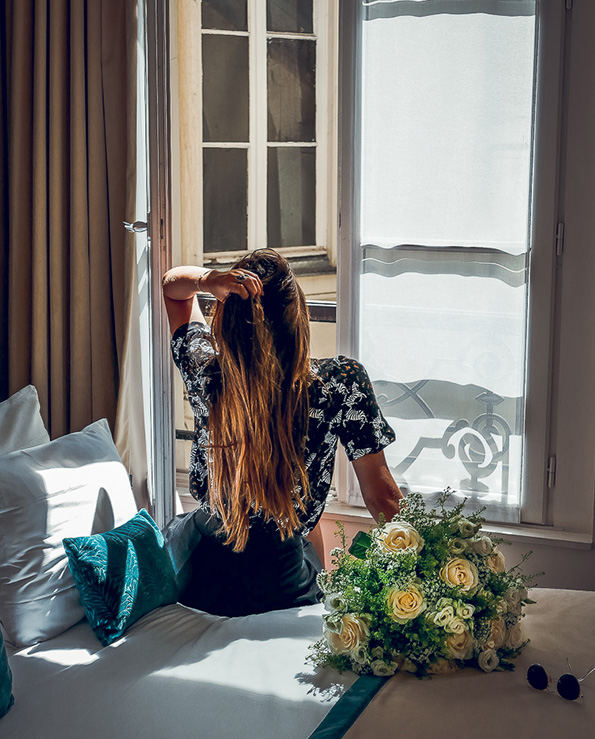 # 6
What are your favourite districts in Bordeaux?

Because Bordeaux is a very nice city, there are a lot of places that I like in there. For example, I would obviously speak about the district of Saint Rémi where I like to get to have fun. It’s next to the place de la Bourse and its famous Miroir d’Eau which are magical places. I would also speak of the rue Sainte Catherine where there are all my favourite shops and which is also a pedestrian street, what makes it a very enjoyable street. And of course I like the quays, to get out and party or just to have a stroll, they’re very nice.

# 7
What is the most important memory in Bordeaux that you have?

Hmm it’s hard to tell. I spent a big part of my life in Bordeaux, especially my childhood, I have a lot of memories of this city. For example, a memory that come in my mind is a summer afternoon when my father wanted to do something with me. He told me to choose what I wanted to do so we went to an exhibition, I don’t remember its theme but it’s not important. But what I remember is that I think that my father didn’t like the exhibition. At first, I thought that it was the case but then, I understood that it wasn’t. All the afternoon he was acting like if he was enjoying what he was seeing. I had a great a time, the fact that my father had the same tastes as me was making me happy. But later, I understood that it wasn’t genuine and that he didn’t enjoy. At the beginning, I was mad at him, but with the perspective I understood that he did that to make me happy and even if it was clumsy he did this for me, to show his love. While speaking with you, I’m realizing that it’s one of the memories that I value the most. It’s maybe not impressive but I love it. 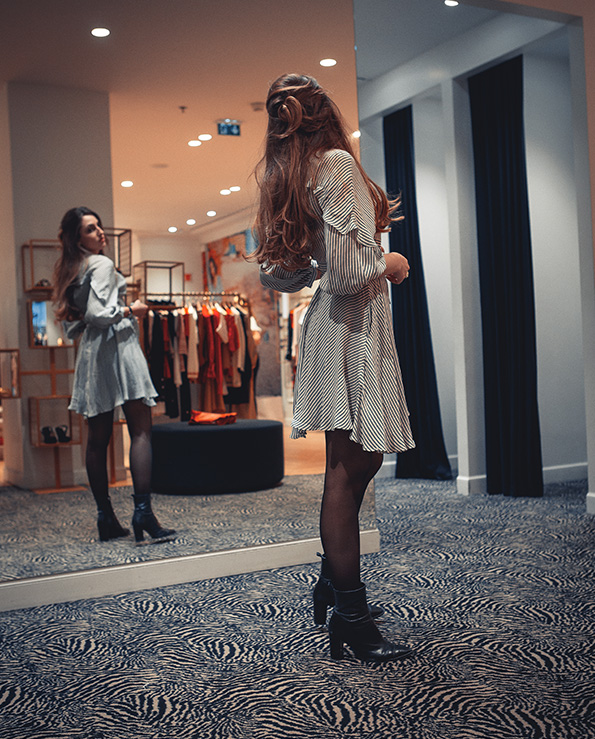 # 8
Why did you accept to lend your image to the Inwood Hotels group?

Because it doesn’t bother me, quite simply. I like this group, we have similar values and I identify myself to it, so it’s not a problem to me to be assimilated to it. It’s almost an honour that the group asked me that, it means that I incarnate the image that they want to send back to their customers. And also, I find that when you take pictures, you lose the soul and the spirit when you don’t show the face of the model. People can see a personality through a face.

# 9
Do you think that you represent the Inwood customers, that you are the “customer of the customers Inwood” in some way?

I think that you can say that yes. If the group chose me to be the image of the hotels, it’s among others because I represent their customer, the customer that integrates their values and who lives with. I like the “Arts de Vivre à la française” (“French Art of Living”), so inevitably I’m at ease in each hotel. By the way I spend a lot of time in the hotels, it’s kind of a second home for me. On top of that I like writing for their sites, advising the customers on the city or on other things, to give them a customized opinion which is likely to please them if they like the hotels. 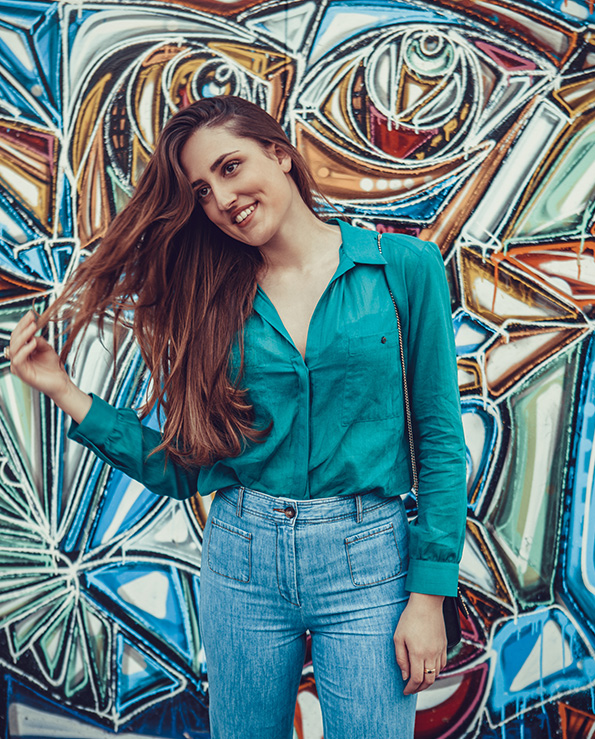 # 10
A little advice to have the best stay in Bordeaux?

I think that you need to learn to discover the city from the inside, learn to get off from the tourist guides and to explore by yourself. Globally, in the way of traveling I believe that you must try to take your time and to roam. But if there is one thing that you must think about when you come in Bordeaux, it’s of course the wine. You can’t come in Bordeaux without thinking about it. And the ideal place to learn more about wine is obviously the Cité du Vin (City of Wine).

No matter what you do, do it with all your heart. Give everything you have and enjoy!

“Nice. Thank you Elena for lending us some time. It was very interesting to discover a little more who you are. We all enjoy your writings.”